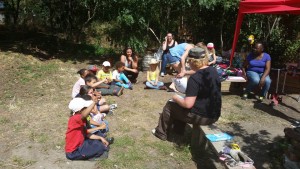 Maria organised the explorers and explained what a bug hunt was. This included little lesson about bugs. The explorers seemed to be quite well informed, and there was an interesting discussion about the numbers of legs, and also the length of the legs, that could be expected to be found

The teams collected the bug lists which included bugs such as bumble bees, daddy long legs, andmillipedes. Slugs and snails were also allowed. Crickets and grasshoppers would have earned special commendation. 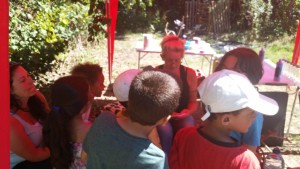 The hunt led the explorers deep into unknown territory 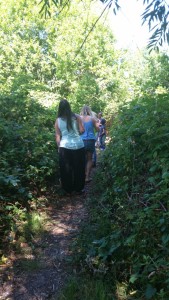 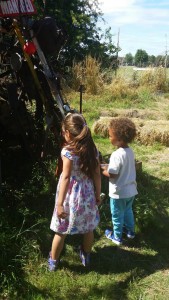 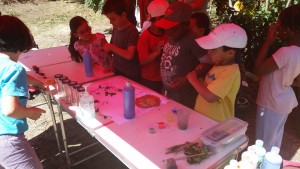 The explorers brought back their discoveries in glass pots. There were millipedes, daddy long-legs and worms, and plenty of woodlice! One explorer, Jake, expressed a particular liking for slugs, and would probably have eaten one of his remarkable collection, if it wasn’t for the fact he was already stuffed with blackberries.